Intermittent Fasting for Women: What We Know Now

16 May Intermittent Fasting for Women: What We Know Now 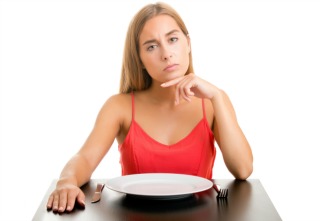 This is an updated version of a Dear Mark column from 2012. You can find the original version archived here. The below has been completely updated for 2018.

The blank slate hypothesis has fallen. Everyone comes into this world imbued with attributes, characteristics, and predilections that are uniquely theirs. We’re all humans, but we’re a diverse bunch, and that makes it interesting. And though it also makes giving cookie cutter health advice impossible, I just take that as an opportunity to stand out from the crowd and provide actionable advice that genuinely helps real people.

A perfect example is biological sex. Anyone who’s lived with the opposite sex, been married, or had kids of different sexes knows that males and females are different—on average.

There’s a ton of overlap, don’t get me wrong.

We all need fat, protein, and carbohydrates. We all have the same requirements for sustenance and wellness. We all breathe oxygen, get stronger and fitter when we work out, use the same neurotransmitters, and produce the same hormones. The biological basics are identical.

It’s the details that differ. And matter.

Fasting As Hormetic Stressor and the Influence of Biological Sex

Men and women both need to enter a “fasted” state in order to burn body fat. This should go without saying, but regularly undergoing periods where you’re not inserting calories into your mouth is an absolute requirement for weight loss and basic health, no matter your sex.

These periods are called “fasted states,” and they begin as soon as you stop processing the energy from your meal. An “intermittent” fast is an extended period of not eating done for the express purpose of weight loss and other health benefits.

By definition, a fast is a hormetic stressor—a stressful input (no food) that in the right dose triggers an adaptive response that makes us stronger and healthier. Fasting triggers Nrf2, the “hormetic pathway” also triggered by other hormetic stressors like exercise, polyphenols, and radiation. Nrf2 initiates a series of defensive and adaptive mechanisms that help you respond to the stress and buttress your body against future stressors. But with too large a dose, a hormetic stressor can become a plain old stressor—one that overwhelms our defenses and harms us.

Making matters more complicated, the size of a hormetic dose is relative. What’s hormetic for me might be stressful for you. Many different variables affect how much of a hormetic stressor a person can tolerate.

With fasting, perhaps the most important variable to consider is your biological sex.

This really does make intuitive sense.

Biology cares most about your fertility. Can you reproduce? Can you produce healthy offspring that survive to do the same? These things come first.

And from that perspective, a woman’s situation is more precarious than a man’s.

You have a finite number of eggs, or “chances.” Men have an almost infinite supply of sperm.

When you are preparing to get pregnant, your body needs extra nutrients to build up a reserve and “prime the pump.”

After you’ve given birth, the growing newborn needs breastmilk. To make that milk requires additional calories and extra doses of specific nutrients. Modern technology allows us to skip nursing and go straight to the bottle, but your body doesn’t “know” that.

It all points to women being more finely attuned to caloric deficits. For example, women’s levels of ghrelin, the hunger hormone, are quicker to rise after meals.

This isn’t just relevant for parents or parents-to-be. Even if you’re not interesting in getting pregnant and having kids, or you have children and aren’t planning on any more, the ability to do so is strongly connected to your health. Reproductive health is health. As far as your body’s concerned, having kids is the primary goal and you need to be ready to do it as long as you’re able.

Where does fasting come in?

Fasting is simulated starvation. Amidst the most critical junctures of the reproductive process, even a single skipped meal can register as trouble. The problem with intermittent fasting is that it’s not just a one time thing. It’s a regular occurrence. Depending on the schedule you follow, you might fast every day, every other day, or once or twice a week. To the mostly unconscious body whose primary concern is your fertility, that can be alarming.

What does this mean for women interested in intermittent fasting Unfortunately, there aren’t many studies examining this question in women. There are a few, and I’ll get to those. First, let’s move to animal research.

What Animal Studies Tell Us

No matter the duration or degree of nutritional stress, a male rat’s brain chemistry responds with similar changes. Nocturnal activity and cognition stay fairly stable, regardless of the intensity of the fast. If you push the fast long enough, males will get a little wonky and frantic, but overall they maintain pretty well. It’s like they’re equipped with the ability to handle nutritional stressors.

Any degree of nutritional stress (fasting or mere caloric restriction) causes increased wakefulness (during the day, when they normally sleep), better cognition (for finding food), hyper alertness, and more energy. In short, female rats become better at finding and acquiring food when they fast, as if their bodies aren’t as well-equipped to deal with the stress of going without food. They also become less fertile, while the males actually become hornier and more fertile (probably to account for the females’ plummeting fertility). Ovary size drops (bad for fertility), adrenal gland size increases (which in rats indicates exposure to chronic stress), and menstrual cycles begin to dysregulate in proportion to the degree of caloric restriction.

One recent study found that placing young rats of both sexes on an intermittent fasting schedule had negative effects on fertility. While the male rats had lower testosterone, the female rats stopped ovulating, had trouble sleeping, and experienced ovary shrinkage.

What Human Studies Tell Us

One study found that while IF improved insulin sensitivity in male subjects, female subjects saw no such improvement. In fact, the glucose tolerance of fasting women actually worsened. Another study examined the effect of alternate day fasting on blood lipids. Women’s HDL improved and their triglycerides remained stable; men’s HDL remained stable and their triglycerides decreased.

Later, both obese men and women dropped body fat, body weight, blood pressure, total cholesterol, LDL cholesterol, and triglyercides on a fasting regimen. These people were obese, however, and perimenopausal women were excluded from the study, so the results may not apply to leaner people or women in the perimenopausal window.

In the only heretofore extant human study on fasting and chemotherapy, seven females (including a 44-year old woman who was likely premenopausal, given when menopause usually onsets, though it wasn’t explicitly stated) and three males found that IF improved their tolerance to and recovery from chemotherapy.

Takeaway: male and female (mostly middle-aged, though that’s the population that generally gets cancer and undergoes chemotherapy) chemotherapy patients appear to benefit equally from IF.

What About the Effects of Training While Fasted?

Another study placed both fasting and fed overweight women on an interval training protocol for six weeks. Both groups improved body composition and oxidative capacity to an equal degree. Being fasted or fed had no effect.

It’s sad to say, but that’s about it for fasted training studies in women. The vast majority deal with men.

How About the Psychological Effects Of Fasting?

Less autophagy isn’t necessarily a bad thing. Certain diseases take advantage of the autophagy process, turning it against us by clearing out and killing healthy cells, and women tend to be less vulnerable to these diseases. But if you’re a woman aiming for autophagy, fasting may not be as reliable an induction method.

As it stands right now, I’d be inclined to agree that pre-menopausal (and perhaps peri-menopausal) women are more likely to have poor—or at least different—experiences with intermittent fasting (at least as a weight loss tool). That said, it appears to be a potentially gender-neutral therapeutic tool for chemotherapy, cancer, and age-related neurodegeneration patients.

So, Who Should and Who Shouldn’t Consider Fasting?

Have my recommendations changed?

If you haven’t satisfied the usual IF “pre-reqs,” like being fat-adapted, getting good and sufficient sleep, minimizing or mitigating stress, and exercising well (not too much and not too little), you should not fast.

These pre-reqs are absolutely crucial and non-negotiable, in my opinion—especially the fat-adaptation. In fact, I suspect that if an IF study was performed on sugar-burning women versus fat-adapted women, you’d see that the fat-burning beasts would perform better and suffer fewer (if any) maladaptations.

I’d also say that daily fasts, a la 16/8 or even 14/10, run the risk of becoming chronic stressors and should be approached with caution by women. Same goes for ultra-long fasts, like a 36 (or even 24) hour marathon.

Most of all, however, I’d simply suggest that women interested in fasting be cautious, be self-aware, and only do so if it comes naturally. It shouldn’t be a struggle (for anyone, really). It shouldn’t stop your cycle or make it harder for you to get pregnant. It should improve your life, not make it worse. If you find that fasting has those negative effects, stop doing it. It should happen WHEN (When Hunger Ensues Naturally), if it happens at all.

Some Warning Signs To Watch For

The good news is that most of the ill effects of fasting are blatant and conspicuous. They don’t hide. They don’t lurk in the background. They’re really hard to ignore—so don’t!

Some Thoughts For Women Who Want to Fast

Instead of aiming for the longest fast you can tolerate, aim for the shortest fast that gives results. Don’t try to power through a 24 hour fast, braving headaches and foggy thinking and overpowering hunger. Do try eating dinner earlier so you get a good 12 hours of “fasting” simply by going to bed and eating breakfast at a normal time.

Don’t fast unless you have a good reason. Good reasons include:

Men and women have inherent metabolic and hormonal differences, and it’s evident that these differences in part determine how we respond to a stressor like intermittent fasting. I’ve never prescribed intermittent fasting as a requisite piece of the Primal lifestyle, but rather as an elective addition, a personal choice—only as a potentially therapeutic strategy that each individual must test for him or herself.

I generally fast when it makes sense – if I’m traveling and good food isn’t available, if I’m just not hungry, stuff like that. I periodically do 16/8 or 14/10 (i.e. eating in an 8 or 10 hour window) and find it works great for me because I am fully fat-adapted. But even I don’t hold rigidly to that. It’s not for everyone. And that hasn’t changed.

That’s it for me, today. What about you? If you’re a woman who has tried fasting, or know someone who fits the description, let us all know about your experiences. I’m intensely curious to hear from as many of you as I can. Thanks for reading.

By the way…because this is an updated version of a previous article (as I noted at the beginning), previous comments will still display. Keep in mind they may refer to the context of that previous article version.

The post Intermittent Fasting for Women: What We Know Now appeared first on Mark’s Daily Apple.